The 4 Most Dangerous Roads in America for Truck Drivers

Are you or your close ones part of the trucker lifestyle? As winter approaches, read more to discover the 4 most dangerous roads in America for truck drivers

It’s well known that working in the trucking industry comes with a few difficulties, including dangers on the road. Truck drivers are supposed to always have their attention on the surroundings and be prepared to act fast to avoid any accidents. This includes other drivers, unexpected weather conditions, and even slippery slopes.

But some of the things truckers can’t control are the condition and nature of the roads themselves. That’s why in this article, we’ll focus on road safety and which roads you ought to avoid. Are you ready to discover the 4 most dangerous roads in America for truck drivers? Continue reading to find out more!s faced by truck drivers. It’s up to you to decide if it’s the right career path for you. Don’t forget to pay attention on the road and stay safe drivers!

As we mentioned above, badly maintained and poorly placed roads are a huge hazard for truckers. Furthermore, the United States has one of the world’s longest roadway systems which truck drivers have to travel through to deliver freight.

Now that you’re associated with them, let’s dive into why these roads are known as deathtraps.

The Colorado 550 highway is known by many as the Million Dollar Highway. There are a few reasons behind its nickname: how much gold ore remained in the roadway’s fill, the picturesque San Juan Mountain views, or the cost of building it.

It runs through New Mexico and Colorado, with a length of 305 miles and splits into a two-lane road. The highest point of elevation the highway reaches is 11.000 feet and it’s thought to be one of the most treacherous roads to travel during winter.

But the biggest problem seems to be the 25-mile stretch located in southwestern Colorado. Even though the road has numerous curves through steep mountains, it’s still not protected by any guard rails or shoulders. The narrow windy roads on the mountain terrain combined with the steep slopes are a recipe for disaster.

On one account, two semi-trucks crashed on nearly the same road section within six weeks while carrying onions. The first truck crashed on the 22nd of October, while the second one was on the 7th of December. Furthermore, the first one was near mile marker 54 at Coal Bank Pass, while the second was near marker 51.

The Dalton Highway is considered one of the loneliest roads in America. With a length of 414 miles, it starts from Elliott Highway in Livengood and ends at Prudhoe Bay.

What makes this highway so dangerous and lonely is the lack of any nearby inhabitants and only 3 gas stations along the way. The hardest part is the 240-mile stretch without any gas stations, lodgings, diners, or other basic services. Furthermore, there are tons of uncommon threats like sub-zero temperatures, snowstorms, avalanches, icy roads, and the lack of cell phone service.

If you’re a truck driver planning to go through this route, make sure you have all the essentials with you. Ensure your vehicle is capable of handling difficult conditions. You should also bring extra fuel, spare tires, food and water, appropriate clothing, first aid supplies, and other emergency gear.

The saddest accident we researched on this highway is one that occurred on the 24th of August, 2018. Joy Wiebe was said to be the only woman driving fuel tankers to the North Slope. She was carrying 9,700 gallons of diesel fuel when she went down a steep embankment 31 miles south of Deadhorse and lost her life.

While Montana’s Highway 2 is a wide open road with amazing scenery, it holds the highest fatality rate in the U.S. It runs for 63.241 miles through the southern part of Montana and extends from Interstate 15 and I-90 in Butte to I-90 in Three Forks.

The highway’s openness and lack of traffic often encourage drivers to overspeed, which contributes to its dangerous reputation. There’s also the issue of its rural location and the long distance without any stops. But the biggest threat is the unavailability of emergency services, taking around 80 minutes for an ambulance to arrive.

On the 19th of December 2018, two truck drivers lost their lives on an icy bridge deck on Interstate 90. The first semi-truck went into a broadside skid in the lanes between Alberton and Superior, dumping a load of lumber across the road.

The driver of the second semi-truck tried to avoid the crash but went over the guardrail as he jumped out of the vehicle. After two other trucks slammed into the pile-up, the fifth trucker lost his life as he crashed into the wreckage.

Intestate 10 runs for 2,460 miles through multiple states, starting from California and ending in Florida. Only 391 miles go through Arizona, yet there are close to 85 deaths each year.

As most of the highway runs through a desert area, drivers often go over the speed limit and are easily distracted by the lack of scenery. Another thing to have in mind is the heavy commuter traffic between the two major cities, which also contributes to the number of accidents.

The latest accident on this interstate happened on the 16th of November 2022, when a semi-truck rolled over and crashed. The eastbound lanes near Picacho Peak were shut down after the crash happened around 4 a.m. at milepost 222. One day prior, two people were killed in a collision involving two semis and a car in the same area.

How to Keep Safe While Driving Dangerous Roads

After we’ve given you a brief preview of these treacherous roads, you should also be informed on how to keep yourself safe while driving them. That’s why in this next section, we’ll give you tips on how to deal with them:

It’s well-known how dangerous truck driving jobs are, especially when it comes to road safety. We can’t stress enough how important it is to always be aware of your surroundings and routes. Now that you’ve discovered some of the most dangerous roads for truckers and how to safely pass them, it’s up to you to be as cautious as possible.

We hope this article finds you well and that now you’ll know everything there is about the 4 most dangerous roads in America for truck drivers. Keep on trucking and stay safe truckers!

The 4 Most Dangerous Roads in America for Truck Drivers

Are you or your close ones part of the trucker lifestyle? As winter approaches, read more to discover the 4 most dangerous roads in America

What is The Hardest Part of Starting a Trucking Career?

Are you contemplating becoming a truck driver but don’t know where to start? Read the article to discover the hardest part of starting a trucking

Can you get a CDL with a DUI?

A lot of people with DUIs are interested in joining the trucking industry. So can you get a CDL with a DUI? Read the article 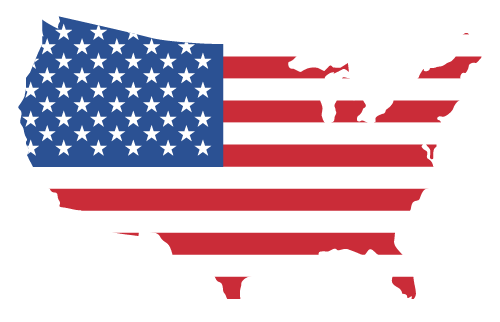 Superior AI learning machine that will match-make CDL drivers
with their dream trucking company based on driver’s experience, preferences and location.

In order to provide you a better match in the future, we would love to know the reason why this job posting is not a good fit for you?

Thank you for your Interest

We will Contact you within 24 Hours Regarding this Position